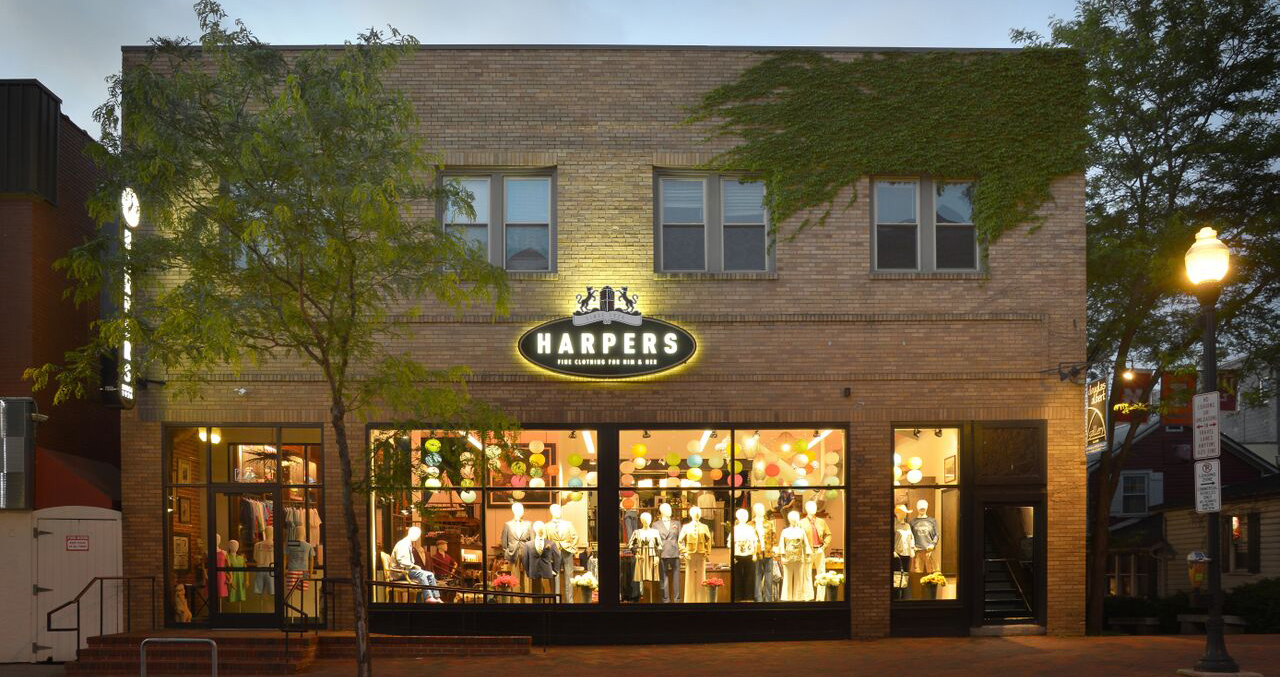 Since Harpers opened its doors in 1926, the goal has been to provide our customers and our community with the exceptional service and offer the best selection of clothing and accessories in central Pennsylvania. A big part of that commitment is a policy of extraordinary customer service provided by our personable and experienced staff and  personal stylists.  Custom alterations by our team of seasoned in-house tailors are another part of our rich tradition. We believe in treating our customers like friends. That's not typical, but neither is Harpers.

Harpers was founded in a different era, before the rise of chain stores and mass merchandising, which made every store start to look and feel the same. We stay true to our specialty store tradition by hand-selecting every accessory and piece of apparel that we showcase in the store. Our buying team searches markets worldwide for fashion that meet our standards of quality, style, and value. We strive to offer exclusive fashion -- apparel that lasts -- and we are continually adding more American-made designer lines to our in-store collection.

OUR 2017 EXPANSION AND MOVE

In the summer of 2017, Harpers doubled in size and moved to a new location in a beautifully renovated store beside the Tavern Restaurant.

The new 6,000 square foot, multi-level Harpers was designed by Paula Cipar of Morpheus Studios with Al Drobka as lead architect and Veronesi Building and Remodeling construction. This downtown fixture since 1926 now has a dazzling new home that honors our heritage as a State College tradition.

Harpers has expanded your favorite men’s lines and in late August of 2017, Harpers opened its new women’s boutique and is showcasing fine women’s apparel from Europe, Canada and America.

Before the computer age, most of the store ads were hand drawn. These ads are from the Young Men's Shop that was located in Altoona, PA from 1926 - 2004. Famous local artists such as Joe Servello and Fred Counsel contributed beautiful fashion ads. 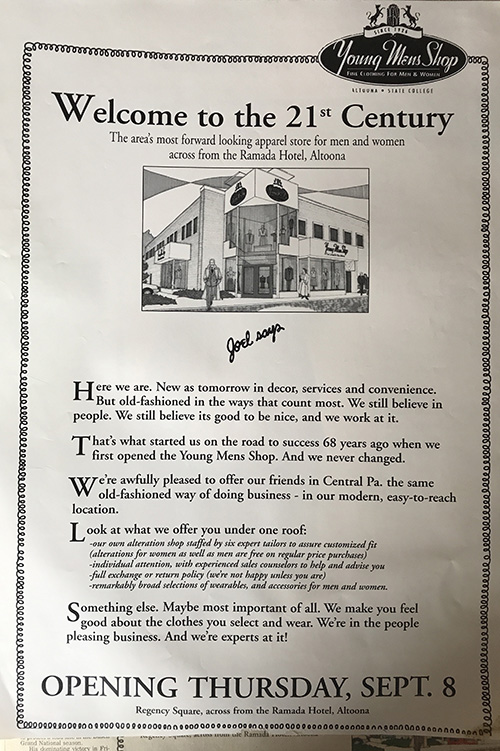 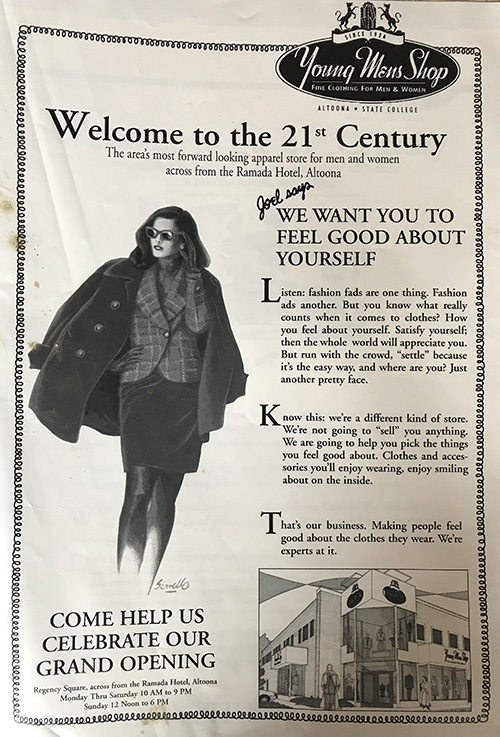 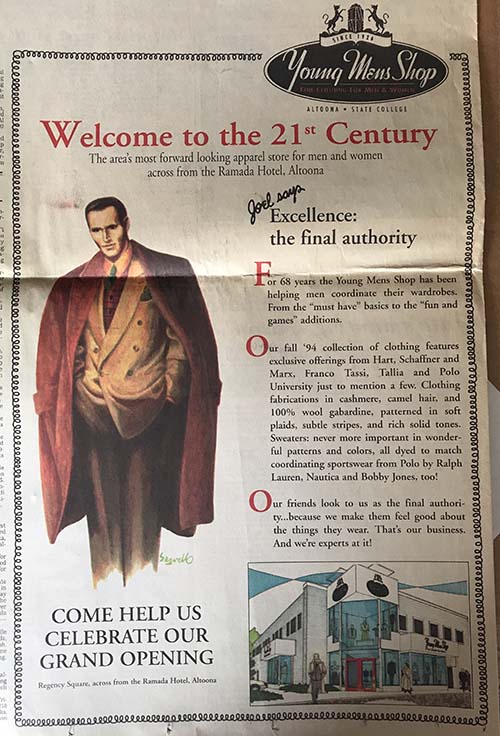 Meeting in the basement of what was then the Altoona Catholic High, Joe Cohen (founder of Young Mens Shop which later became Harpers), formed the idea to recognize not only the top senior player, but the team player who positively influenced the people around him -- the player who cared about others and not just about the game -- the leader. Joe wanted to honor the player who demonstrated integrity, honesty, sportsmanship, and success – on and off the field.

Joe loved central Pennsylvania. He loved football. He was so proud to be the originator of the Blanket Award. The Cohen family extends their deepest gratitude to the administrators, coaches, and especially the football players who have come through Altoona High School and Bishop Guilfoyle and have embodied the high standards, ethics, and sportsmanship that Joe not only required, but exemplified as well.

We believe the Blanket Award to be the oldest known high school football award – even older than the Heisman trophy.

Every year, Brian Cohen presents the Joseph F. Cohen Blanket Award, an esteemed award bestowed to a deserving young football player from each high school. This award has been given annually for the last eighty years and counting. Harpers is proud to continue this tradition and proud of each and every blanket award recipient.